On Plyler v. Doe’s 35th Anniversary, This Landmark Supreme Court Decision Must Be Honored and Protected

Today marks the 35th anniversary of Plyler v. Doe, the landmark case in which the U.S. Supreme Court held that it is unconstitutional for a state to deny students access to public elementary or secondary education based on their immigration status.

As someone who was undocumented for 19 years and who benefited greatly from a public education, I’ve benefited tremendously from the decision in Plyler. I’ll be forever grateful to those who defended my right to an education and am proud to be among those who will continue fighting to maintain this right for others.

Despite Plyler’s long history, some people in this country continue to want to eliminate immigrant children’s access to a basic education. In 1994, California voters approved Proposition 187, which in part would have prohibited undocumented children from accessing public K–12 schools. Prop 187 also would have required schools to notify federal immigration authorities of students they believed to be undocumented. These provisions were never implemented, however, because the courts struck down virtually all of Prop 187’s provisions.

In 1998, then–California governor Pete Wilson came to El Rincon Elementary School, where I was in fifth grade. Parents were notified, because the governor’s choice to visit our school was assumed to be very exciting. But for some of us it was mostly scary. My mom, when she heard about Wilson’s impending visit, told me to stay as far away from him as I could. I remembered having seen him on Univision news and in commercials. On the day he visited, lots of my fellow students were having their pictures taken with him, but I stayed as far back in the auditorium as I could. I felt like I was in danger, but I was too young at the time to articulate why. I wasn’t actually conscious of the fact that he was trying to get me kicked out of elementary school because of my immigration status.

I relate my own experience simply to show that despite their young age, children are aware at some level of what’s going on in the broader culture, and they internalize it even if they don’t have the words to describe it. I’m turning 30 this year, and I still remember viscerally how I felt when Wilson visited my elementary school.

If you’d like to join us, here are some materials on how you can help make schools safe spaces:

– Check out Jess Hanson’s recent blog post, “School Settings are Sensitive Locations that Should Be Off-Limits to Immigration Enforcement,” to learn more about why schools should actually be regarded as sensitive locations, as well as the current state of law, guidance, and on-the-ground practice of immigration enforcement related to school settings.

– Encourage your school to become a sanctuary school/campus safe zone. It’s up to your school to define what that means, but the idea is, if possible, to work with students, parents, school board members, teachers, and school staff to identify ways that the school can create an environment that fosters learning without anyone on campus having to fear what would happen if immigration agents were to show up. For model resolution language, see www.nilc.org/campus-safe-zones-language-k-12/.

– The Immigrant Legal Resource Center also has a guide for how schools can support immigrant families: “Help for Immigrant Families: Guidance for Schools.”

– Be on the lookout for a practice advisory on the extent to which both K–12 schools and colleges can legally protect their students from immigration enforcement on campus. It will likely be published and available on NILC’s website in late June or July. 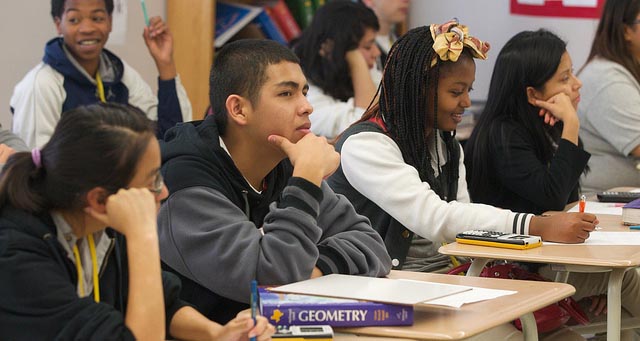