Since the raid on a meat processing facility in Bean Station, Tenn., resulted in the arrest of nearly 100 workers one year ago, a succession of raids has each been dubbed the “largest in a decade.” Last June, there were 146 arrests at Fresh Mark, a meat processing facility in Salem, Ohio. In August, 160 workers were arrested at Load Trail Trailer in Sumner, Tex. Most recently — last week — a raid on CVE Technology Group in Allen, Tex., resulted in the arrests of 284 workers. 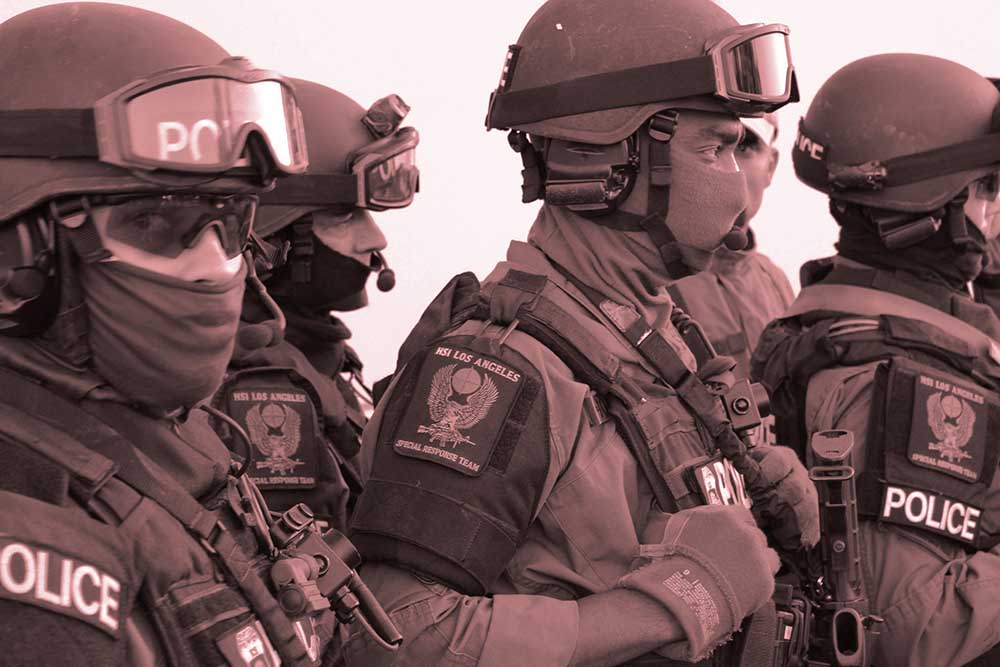 Regardless of whether nearly 300 people are arrested, as happened last week in Allen, or 30 people, as during a February raid in Sanford, N.C., these raids are devastating for individuals, families, and communities. The people represented by these numbers are members of local communities: they are workers, parents, friends, and neighbors. While ICE typically claims that these “administrative arrests” are a secondary consequence of its investigations of employers’ criminal activity, it’s actually workers who end up suffering the most because of these investigations.

Workers who have lived through one of these raids describe how a normal workday suddenly transforms into multiple scenes of chaos infused with fear. In Tennessee, the National Immigration Law Center and co-counsel filed a lawsuit on behalf of workers whose constitutional rights were violated during last year’s highly militarized raid. One plaintiff, Martha Pulido, described the terror she experienced: “I showed up to work that morning just like I had every day for more than a year, ready to do my job and provide for my family. Instead, I had a gun pointed in my face and saw my coworkers get punched in the face and shoved to the ground by federal agents.”

In Texas last week, workers described “working like a normal day” before hearing “screaming” and their colleagues crying as workers reacted fearfully to ICE agents’ sudden appearance in their workplace, and as the agents made them separate into color-coded subgroups. 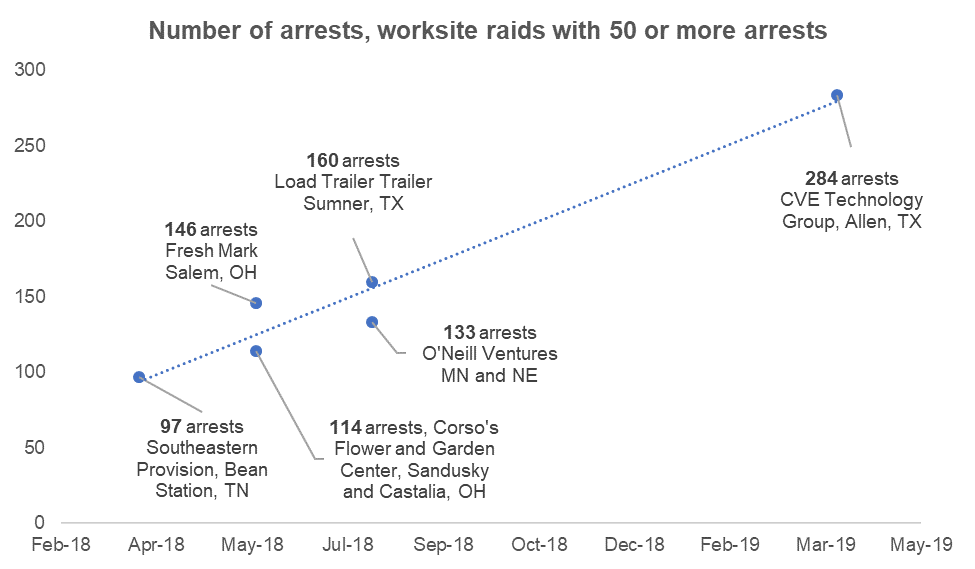 Amid the uncertainty workers and their families face, there is continuity in the sequence and pattern of consequences that flow from raids, large and small. Relatives and friends waiting outside workplaces to learn the fate of their loved ones, as some are taken away on buses to detention facilities. Working families hit with financial strain as they struggle to deal with lost income and the costs of posting bond. Children missing school in the days after raids and, in the longer term, both parents and children suffering the effects of toxic stress, trauma, and associated poor health outcomes. Ripple effects of fear and isolation among immigrant communities. Schools, religious and other community groups, and advocacy organizations rallying to support those impacted in the days and months after raids.

Raids conducted in the first decade of the 2000s, under the George W. Bush administration, are instructive for our longer-term expectations of such impacts. In 2008, a raid on a meat processing facility in Postville, Iowa, resulted in the arrest of 389 workers — nearly 20 percent of the town’s residents. Research shows that Iowa infants born to Latina mothers had significantly higher risk of low birthweight after Postville. Postville, the town, experienced long-term economic distress. Research from other raids during this period documents academic, social, and psychological harms to impacted children, as well as downward economic mobility and higher levels of food and housing insecurity for workers and families.

Whether or not the next worksite raid breaks recent records for the number of workers arrested, we can be sure that not only the workers themselves, but also the broader communities where the raids are staged, will suffer devastating consequences for years to come.

For more on these issues, see www.nilc.org/hsi-backgrounder-webpage/.